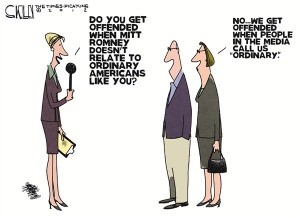 Do you know what an ‘ordinary ‘ person is ? No me neither.  I hear it quite often though.  I’m sure you have too. Are they a race from a far off land?  What do they look like?

The dictionary definition of ordinary is:  of no quality or interest ; commonplace ; unexceptional.

One would expect that extraordinary would mean that those who fall into this category are thicker than us ‘ordinary’ people but NO!

I presume a Member of Parliament is not an ordinary person.  After all they are members of the ruling class. So for example Sammy Wilson would not be classed as an ordinary person.  Well that’s true. Sammy has been pictured gallivanting in the nude. Not many ordinary people would do that and they certainly would have had the sense not to record it on camera for us ‘ordinary’ people to laugh at years later.

Royalty would also be considered extraordinary.  So another example could be Prince Andrew.  Unlike ‘ordinary’ people the prince leads a charmed lifestyle flying from place to place, sponges of the’ ordinary ‘people and has done little in his lifetime to contribute to society.  Unless you call chasing after young women an heroic act.

There are a choice of words that can be used to describe us ‘ordinary’ people. These are words that are used by the extraordinary people to describe us.  Civilians,  the general public,  the little people,  the grass-roots, lowest common denominator and if you do make a bit of money you become nouveau riche or the hoi polloi.

But we are not ordinary people.  We are unique. We may not be members of the ruling classes but we are mostly hard-working people, the salt of the earth, the foot soldiers who keep the world turning.

Society couldn’t exist without us so-called ordinary people.  So I’ve redefined ordinary in my dictionary.

Ordinary is ; tolerant of nobs and politicians who think they are better than the so-called ‘ordinary people’

Socrates believed that the best form of government is neither a tyranny nor a democracy.  Maybe we need more ‘ordinary’ people showing the extraordinary people how that works !!