Chatter has gone global. I am delighted to publish Sarah Walsh’s courageous account of dealing with her disability. Written when she was just thirteen it shows a great maturity on her outlook on life. Ann Allan

My name is Sarah. I’m in a wheelchair and I’m 13. But that’s only the outside stuff, the obvious things. I have Irish heritage on my dad’s side, and Scottish on my mum’s side. I was born 30th May in Canberra. I have a thing called Ulrich Congenital Muscular Dystrophy which basically means weird skin, weak muscles, thin bones and this is all caused by a lack of collagen 6. But the weird thing is, I didn’t have that diagnosis until I was 7, so for 7 years of my life I was basically living a lie.
Over the years I’ve had many significant moments, all worthy of being in this speech. But there’s only one moment that really deserves to be said aloud. That moment is my first MD camp. 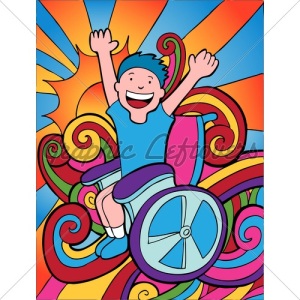 You see, in 2007 I had an operation to try to help me walk, but it had the opposite effect. It stopped me walking altogether. So, I kind of wasn’t myself for 2 years, saying things like “I hate myself” and apologising when anything happened that involved my wheelchair, as I felt it was my fault I was like this. Really, when I think about it, the only thing that ended up taking me out of that phase was this camp.
I can remember that I wasn’t too thrilled to be going. I don’t like being out of my comfort zone, and the idea of making new friends really scares me. Of course, seeing that nothing ever happens in Canberra, we had to go to Sydney for this camp Narrabeen Sports and Rec camp to be precise. The drive took at least 4 hours, so naturally I was bored out of my mind. When we arrived, you can imagine I was nervous as I just couldn’t imagine 30 kids in wheelchairs being in one spot all week. It would just be hectic and there wouldn’t be enough space. Or so I thought.
So we went to meet my carer,  Kelly,  who would help me with everything throughout the week (the carers were physiotherapy students). We went to our room and a few minutes later my roommate arrived. Her name was Bodene and her carer was Elise.  Bodene was 4 years older than me, but that didn’t stop us from clicking straight away. After we settled in and had the first awkward conversation and figured out that Bodene and I were completely obsessed with Twilight, we were told we had to go out and do the first activity.

We were put into groups and, because this camp was near Halloween, we made banners for our groups with Halloween kind of names. My group was called the “Bloodsucking Campers”. Unfortunately, Bodene and I weren’t in the same group but it was also a good thing. A little friendly competition never hurt anyone.
The rest of the week went by in the same way; spending time in our room getting to know each other, an activity, and back to the room partying and getting to know each other better. The more I got to know Bodene, the closer we got, and I found myself somehow forgiving myself for what happened on ’07.  Forgiving the surgeon and realising that I can be who I was; I just needed to understand that I won’t be the exact same, that things have changed. When I realised that, I was able to have more fun, throw more of me into the activities and not be so reserved.

My favourite thing on this camp had to be the Halloween party! It was awesome!! It was on Wednesday night, so I had basically fully become a child and was doing everything I wanted and doing it with a smile on my face a smile that almost never left my face, which hadn’t happened since the operation.  We all had face paint on, and it wasn’t the face paint you get at fetes, this was movie worthy face paint! Warts, blood and all! The hall was filled with all sorts of things: streamers, Halloween decorations and Halloween food,  all of which Bodene and I helped set up.

They also had karaoke. I was so happy there was karaoke because I’ve always wanted to do it and I said to Bodene, “Dude, we have to do that”, but of course she said no, because she was too chicken! So I went with Elise because I didn’t want to go up alone. Then the next few times I did it, Bodene did it with me! I remember saying goodbye on Friday was really hard. There were quite a few tears, but I knew I was coming back next year as I just had so much fun and, for the first time in ages, I was fully myself and felt as though I belonged somewhere. 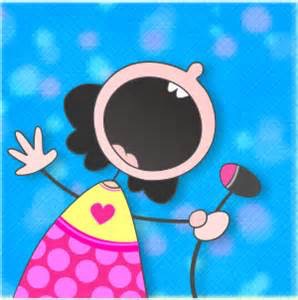 This camp has helped shape my identity by making me realise that I’m not alone in what I’m going through. If I’m having a rough time, all I have to do is call my best friend and ask her for help seeing she’s already been through most of it.
This camp also shaped my identity by making me who I was when I was 10: a person who always smiles and makes pathetic jokes but still laughs like crazy at them. Without this camp, I would still hate myself, wishing I was “normal”. I’m perfect just as I am. And that’s the most important thing this camp has taught me.

Ullrich Congenital Muscular Dystrophy | MDA
https://www.mda.org/disease-name/ullrich-congenital-muscular-dystrophy
31 Mar 2015 – Children and adolescents with Ullrich congenital muscular dystrophy or Bethlem myopathy are invited to participate in a study of a daily …