My engagement was a low-key affair. I was happy that Gordon had at last been accepted by my parents but there was no party or champagne corks popping. We celebrated over a cup of tea and I was ecstatic. No more hiding and jumping over sea walls. It was out in the open and the last four years and the angry words were more or less forgotten. However, I still had to meet and introduce Gordon to the extended family.

The extended family included three maidenly aunts, one of which was a nun. They were polite on hearing the 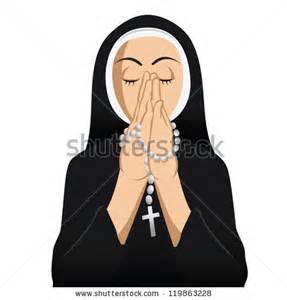 news but I could hear the prayers for my soul echoing around the village. I was the first to stray, the first to cross the religious divide and the first in recent times at least to marry a non catholic.  I say in recent times as it’s a bit ironic that years later when researching my ancestors I discovered that the Coles were from Somerset. We were Protestant and we were planters,  arriving in Enniskillen in the 16th century.  Sometime after the 17th Century there must also have been some liaison with the local Catholics and the family split.

We soon realised that Gordon’s family were dubious about the match but were slightly more subtle in their approach. On one occasion when Gordon was in his family home alone, there was a knock at the door. He was surprised to see the local Presbyterian minister at the door. An unusual occurrence. Turned out that he was there to try to talk Gordon out of marrying a Catholic. He got short shrift. I had thought I had been accepted but there was that underlying doubt apparently. However they also accepted me into the  family and were wonderful in -laws.

We returned to work and friends and colleagues were delighted with the news. We were ‘adopted’ by the ladies in the canteen and I hopefully can admit without fear of arrest at this stage, we got very good value for our money every day. We both looked like twelve-year olds and in need of a good feed. They were determined we wouldn’t go hungry while saving to get married. I’m not sure we would have eaten so well if it hadn’t been for them.

In 1969 it was still the practice to have a ‘bottom drawer ‘ so any extra money over the next year went to buying linens, and small items needed to set up home. No such luxury of having a home already set up with dishwashers and washing machines. We either went to the launderette in Botanic Ave or carried the dirty washing home at the weekend where it was washed and ironed ready for another week.

August of 1969 was a frightening time. We were living in Fitzroy Avenue. The second week of August was particularly frightening. There was rumour and counter rumour in Belfast. Rumours that the Catholic community was going to be attacked were countered by more rumours that the IRA was going to defend the Catholics and attack the Protestants. Suffice to say all hell broke loose and we lay in bed over the next few nights listening to the gunfire and the sound of petrol bombs hitting their target. The following mornings palls of acrid smoke hung over the city. Bombay Street had been raised to the ground along with others. Refugee camps were set up along the border due to approximately 6000 fleeing from Northern Ireland. The rest of the year was troubled. Rioting in the Shankill, due to a decision to disband the B Specials, resulted in the death of the first policeman.

We headed home to the country at the weekend for a break and on our return we were diverted down the Falls Road. We saw barricades at the end of many streets. made up of burnt out cars and busses. We were scared that our bus would be hijacked but we were lucky. For the first time we  saw the British Army on the streets of Belfast. They had been called in to defend the Catholics on the Falls and in Ardoyne. Little did we know they would be here for the next thirty years.

During the summer of 1969 Gordon’s niece who was born in Jordan became ill with an undiagnosed illness. She was about 10 months old. She came home to Northern Ireland with her mum and her sister but was admitted to the Royal Sick Children’s Hospital on the Falls Road. The family stayed in Warrenpoint as travelling to the city wasn’t safe.  As it wasn’t possible for her mum to visit, Gordon and I went to the hospital every evening to feed her and settle her in bed. Not exactly the safest place to be visiting but thankfully she recovered and was soon on her way back to Jordan.
In September 1969 the first ‘peace wall’ was erected. This was to be a temporary structure to separate the rival factions. Over 40 years and they have been replaced by permanent structures. In my job as a Housing Officer, I have visited homes on both sides of the divide. No difference in the people on either side other than the religion they were born in to. Same worries, same day-to-day problems. Life made unbearable by the intolerance of some members of one community to the other. I had hoped by now a new generation would have brought about change but it’s slow, very slow, one step forward and two steps back.
But life went on. We were less enthusiastic about going out in the evenings. The groups stopped coming to Belfast. The city was deserted at night. TV became a source of entertainment. We had great friends in those days and had many good times. I remember on one occasion Gordon borrowed his dad’s car to collect a very good friend who was returning from working in London. En- route to home he  revealed a small package which contained LSD.  Stop the car, I shouted. We came to an abrupt halt. Ok, I said, hand it over or we drive to the nearest police station. He duly handed it over and I threw it into the hedge. I like to think I stopped him before things got out of hand. That is the closest I’ve ever been to a banned substance in my life. We still laugh about it to this day and he remains one of my closest friends. Plus he was our best man.  Love you JT. 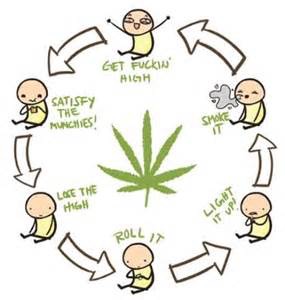 In 1969 we had the moon landings. Didn’t go down to well when I didn’t go into work the following day as I stayed up waiting for Neill Armstrong to take that giant step for mankind.  The staff officer wasn’t as impressed as I was. Now it’s a big conspiracy theory . Was it real or was it a fake? Conspiracy theorists have been prolific in their theories. All I know is that it was exciting and I firmly believed it at the time. But then I believed that people walked faster in the olden days because of  seeing those old cine films. I also believed that there was an upstairs in a plane for smokers. So I’m easily fooled.

Next time we are into the 70’s and life in Northern Ireland deteriorates even more and I have to stand up to the local Parish Priest. 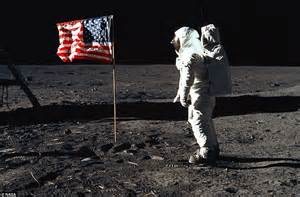 4 thoughts on “Ann Allan: Memories No.14 Across The Divide”