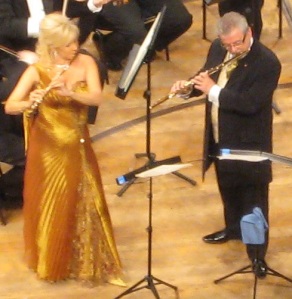 There has been a very quick and robust reaction to the recent interview with Sir James Galway. Not hard to guess who regarded it as a welcome analysis of the status of Northern Ireland and who saw it as a betrayal of the Protestant /Presbyterian tradition. It was a godsend for those with an aspiration for a United Ireland and for those who see the British as an occupying force. It was a slap in the face for those who have worked hard over the years and who have stayed in Northern Ireland and have not got the recognition that James Galway has. Those of us who have stayed in the country and who have paid their taxes, lived through the troubles and brought up our families here do not appreciate being lectured by an ex pat who lives in luxury in Switzerland. 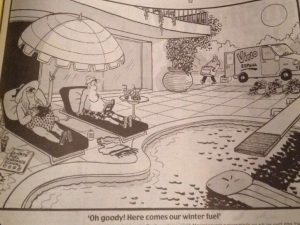 However, he is entitled to his opinion, and I dare say if he had been giving the opportunity to think about the questions  he would have been more tempered in his response. Sir James is very adamant that he is Irish but by his own choice he has chosen to live as a tax exile.
His comments on Rev. Ian Paisley were ill thought out and may even be slanderous. I agree with him that Paisley contributed to and inflamed the situation in Northern Ireland but it would be foolish to say publicly that he was responsible for deaths in Northern Ireland.
I think there are lessons to be learnt. Firstly don’t get interviewed by Stephen Nolan unless you have an agreed agenda. Secondly it is not a good idea to return to your homeland and insult a large percentage of the population.

4 thoughts on “Ann Allan: A Case Of Flute in the Mouth”