I was listening to the Nolan show recently ( ok, I know ).  After listening to George from da Shankill and Norman from Bangor, ad nauseum, I drifted into Wonderland and not for the first time.

I found myself once again in the Great Hall in Stormont. I began to feel rather warm so I asked a fellow traveller who resembled a white rabbit why that should be. Well, put it like this, he said the DUPERS signed up to the RHI but they’ve been caught out so they’re trying to recoup the money by heating the place 24 hours a day and then reclaiming the money to try and save 400 million pounds. It’s going to be a long hot century.
Goodness I though this gets curious and curiouser.
Do they often waste money like that ?  I asked. He suddenly smiled like a Cheshire cat. My dear he said they’re experts at it. He disappeared leaving only a smile.

A very happy unbirthday to you, said a strange man with a very ruddy complexion and for a minute I could have sworn he had no clothes on. Who are you? I asked. I’m the Mad Hatter, he said, but you can call me Sammy. Are you a Duper I asked ? Yes, he replied. You should be ashamed of yourself using all that fuel?Haven’t you heard of climate change?  Don’t believe in that rubbish, he said. The cabal says God will save us if we pray, so no sweat. No sweat, I thought, wiping the sweat from my brow.
I wandered up the staircase and followed the sound of water splashing. Someone was leaning over a paddling pool. Look,  he was saying, when the ferry comes up to the jetty we could have a crane nearby which could tip it up and then the cars could roll off. Problem solved. Tell you what Danny, said a voice I now know was Chris, you can tell that to the public. I left Twiddledee and Tweedledum trying to target a civil servant to blame.

This place is really messed up,  I thought. There can’t be any more cock ups? Nama, Nama Nama Nama, hey hey Nama Nama. I followed this somewhat hypnotic chant and this led me to the long hall. I heard a conversation going on and I listened from behind a curtain. Ok Jamie, I heard someone say.  ( That person needs a drink, sounds as if he has a sore throat, I thought) Ok Jamie, I’ve got my latest, sorry, your latest blog. I’ve made a few grammar mistakes so it will be believable. We’ll get the buggers locked up and then we’ll throw away the key. Can I definitely be deputy minister ? asked Jamie? Of course  you can, the shady figure replied but I noticed he had his fingers crossed behind his back at the time.

Where’s the ‘head bummer’? I asked a passer by, Mitchel, I think he was called. Long gone, the griffin replied ( well if Lewis Carroll can do it, so can I). Replaced. Ah no controversy there then, I volunteered. Well, he said, have you heard of Charter NI? Dodgy I thought. If they are getting all that money couldn’t Dee give the front of the building a coat of paint. Looks very run down.

Wandering further along I caught sight of myself in a looking glass. Behind me I saw a Gaelic pitch. There seemed to be a lot of angry people but a female with a dodgy hairstyle was assuring everyone concerned that all was ok and every thing would be sorted. That was the past I reckoned. It’s probably completed and the community are benefitting. I heard a guffaw and a man wearing a vivid blue suit and sporting a spiked hairstyle was grinning to himself. I fully support the GAA he kept repeating, as if he was trying to convince himself.

I must wake up I thought. I’ll write this in my next blog. People love fairy stories. I was glad to wake up knowing I had been dreaming. And then I heard Talkback! 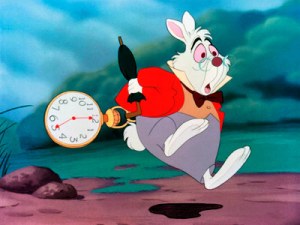