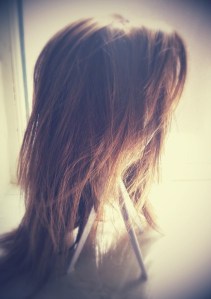 March 2015:  Second lot of chemo was on Thursday p.m. I’d called into work for an hour in the morning and had a laugh, which was a real boost.

6 p.m. Chemo round 2. This time I used a hand warmer I’d got stashed away for footy spectating . Seemed to work as the nurse got in my vein first time. Big relief as I don’t want a PICC line fitted that needs to be regularly dressed by a nurse.

Asked about Monday’s blood test results. Apparently all my scores are those of a normal healthy person. Neutrophils too, which is a relief. These drastically drop during chemo so the higher they are to start with, the better. If they drop v low, you can end up in hospital just because of a sniffle. Came home, ate a bit of dinner. Not too bad.

Friday : Felt a bit more sick in the early hours but better after a morning nap. Even got across the threshold this time. Last time I didn’t go out of the house from the Thurs night until the Wed.
Walked up the street to collect my boys from their friends. My lovely friend had brought them home from school and fed them. Walked them back up the street for her to take them to a school disco. Then lovely friend 2 dropped them off. Then I took them up to MIL for a sleepover as hubby was out. Was all planned in case I felt as ill as the last time. Except I didn’t!

Saturday: Got up, not feeling so sick. Not got a bright red shiny face this morning like last time.

Saturday was great. Pootled about in the car taking youngest to his friends to play. Even nipped into the Spar garage for stuff. Got my Neulasta injection from the District Nurse…once she’d worked out with her colleague how to open it. Had never seen one before. Yet it would be cheaper for the NHS than an admission to hospital for a few days. Should be given as standard.

Sunday:  BLEURGHHHH.  Neulasta side effects kicked in. Sore in every bone. From top of my spine right down to my shins. But that was it working, forcing new blood cell growth. Fuzzy headed all day. In fact felt like that for a few days. Luckily this coincided with a trip over by my parents .

I napped. I did nothing. They pottered about fixing and cleaning stuff. Things I hadn’t been up to doing in months what with surgeries etc. . It was brilliant to be looked after.

JUNE 2015: First three cycles of FEC went by without too much bother. In the week following chemo I took it easy and while I didn’t feel fantastic, I didn’t feel horrendous either.

Yes there were side effects but they were manageable.

The last three cycles I had were Docetaxol. I assumed that I’d (relatively) breeze through this too. 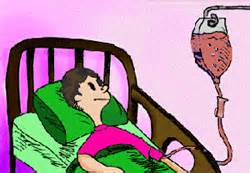 So…less nausea but I really thought I was going to die from the pain. Every single part of me hurt. No painkiller could touch it. Couldn’t even cry as it hurt to move my cheeks. Even the duvet hurt my legs. Three days like that. It might have been four. It’s very hazy. I spent Easter week in bed. Finally called my nurse for advice and she brought me in. After a quick blood test, I was given antibiotics and told my neutrophils were very very low, surprisingly. If I developed a temperature I had to go directly to A&E to get admitted.

I  took a couple of antibiotics over the day and sat watching my temp go up. And up. I figured the trip alone to A&E would make me worse as I couldn’t get downstairs again at that point. If I was admitted I’d get antibiotics anyway….so I hedged my bets. Very risky. But it was fine. My temp started to come down at 3am. The next day I felt like a different person.

Side effects, apart from the pain and need for antibiotics, were pretty spectacular. My hands swelled up and were fiery hot and red. After a few days of this the skin began to peel off in big strips. like sunburn peel but much, much bigger pieces.   Lovely. 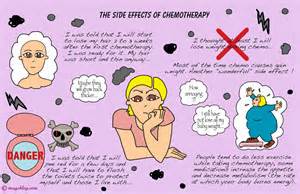 Anyway scab handed I went to my next checkup, hoping I’d be too ill to go ahead with chemo. Apparently not, my blood levels were ok. However the consultant said he was reducing the chemo dose by 20 % due to my severe reaction. It had packed a pretty hard punch he said, then smiled. Yay!

Had been given a co-codamol and brufen schedule to keep ahead of the pain. This helped a bit. Not totally. Mouth sores weren’t as bad, though I ended up with scabby peeling feet instead of scabby hands.

My parents came over to stay for a week each time, given how ill I’d been the last time. This was amazing. I could barely sit up in bed for a few days let alone eat or function. I let them pamper me and hid as best I could how unwell I was from the kids. Childhood comfort food like eggy bread, hit the spot

For the penultimate cycle I was offered tramadol to see if it helped. So I took one in a vain attempt to help pain wise. Never ever again.

I woke up crawling on the bathroom floor, trying to clean it with my hands. I was convinced I had weed all over the floor and bed (not true). When I came to enough to realise I was dreaming, I went back to bed. As I sat down I was pulled onto the bed by hundreds of pairs of hands that I started fighting off. All I remember after that is fighting demons and flying and more fighting.

As my Consultant said afterwards, You’ll never make a junkie.

JUNE 2015: Never fully lost it. Was never a shiny baldy. I kept a v fine layer of grey patchy fuzz. Lost eyebrows, eyelashes and everywhere else though. I am a dab hand at fake eyebrows now. The first pic is about 4 weeks after the last chemo. 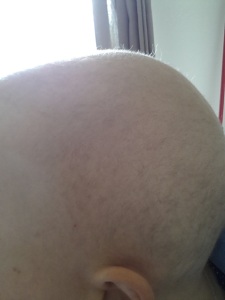 The pic below is tonight. That is 6 weeks exactly since the last chemo. 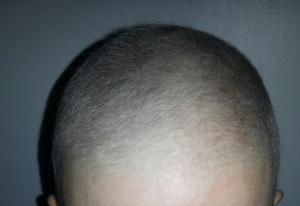