Advertisers today believe that teenagers today are especially susceptible to persuasive devices used in advertising. So much so that advertisers have metaphorically used the term “slaves” to describe teenagers. This is used to emphasise their point, a slave does what his master says.  Advertisers use linguistic,  presentational and persuasive devices to encouage the client to buy the product thus encouraging teenagers to act in a slavish manner. But is it true that teenagers are so easily influenced? 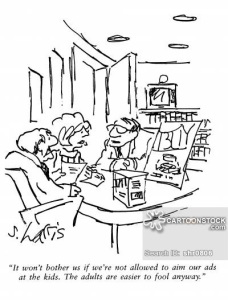 This brings us to product releasing. Companies will build hype up to their next major release, whether it be a game,  a computer or a phone.  They will try and make people as excited as possible about the product . Adults with spare time on their hands, and with persuasion from their children, might even camp outside stores to get their hands on the product before it sells out. Advertising is huge in modern society.  It is practically impossible to escape from it.  Television,  mobile phones, the internet and the newspapers are common places for ads to be found. Typically teenagers use these devices phones, more than the average adult or child, making them more vulnerable to its message. Teenagers are more susceptible to it,  but cannot afford the products. If the consumer has no money to buy the item and no purchase has made, the advertisers attempt at selling the product has essentially failed.

Teenagers normally get pocket money, which is usually very limited.  Older teens may have a job with a small income, but even older teenagers can’t buy everything they see, making the advertising industry a battle between companies to make their products appeal more to the public.
Teenagers are also less responsible with money, so are more likely to go on a shopping spree, or make ‘impulse buys’ based on an advert  which made the product look attractive.
Teenagers have little time to buy things.  They have school,  which means they can’t take a day off whenever they want to go shopping.

Most teens want to break free from the ways of the previous generation. They don’t like being told what to do and that creates the urge to do things differently.  This gives teens a sense of individuality,  rebellion and power, so manufacturers that use this to their advantage will be more successful. Teenagers want to be liked by their friends or peers, and in school will try to become popular.  Being  in possession of material things give students a higher sense of self worth and boosts fragile egos.  Adverts that play on this make the consumer think they’ll become cool and appealing if they purchase the product.  This can cause rivalry between teenagers with competition to buy the better product or the newer phone. 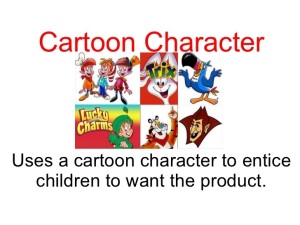 In TV advertisements  humour or repetition can be used to make the ad more memorable. This is especially effective with teenagers as they are more receptive.  They  are generally more easily entertained and if the advert is very entertaining they can make it an inside joke in their friendship group. Making the advert memorable it becomes iconic and so makes it more likely that they will want to buy it.

Teenagers are individuals and like different things. and they  have different morals and beliefs.  Popularity isn’t important to some people but it is to others, so they will buy products that boost their popularity.
Another thing that may make teens buy a product is when it is sponsered by a celebrity.  I personality wouldnt be that influenced but if I was choosing between two products and one was sponsored by Demi Lovato, I’d buy that one.  This is because teenagers 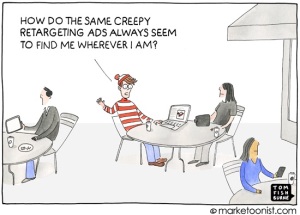 idolise celebrities and see them as role models because they are cool. Most want to aspire to be rich, famous, and talented.  Some celebrities are just famous for being famous.  Celebreties such as Paris Hilton or the Kardashians, yet, people still idolise them.

As I mentioned before, teenagers are individuals, not mindless robots that buy without thought. They do think for themselves and decide whether they really need the product. Advertising helps them make a more informed choice. Without it, they would be making more impulse buys.

So in conclusion,  teenagers are definitely influenced by advertising. However I wouldn’t go as far as to say they are slaves because they are under no direct control by these advertisements. They are simply there to help people make more informed purchases and convince the consumer to buy the product. Teenagers can think for themselves and make a sensible decision on whether to buy or not to buy.   Part of that decision will be affected by the points previously mentioned. This does make them more susceptible to advertising, but not under complete control.